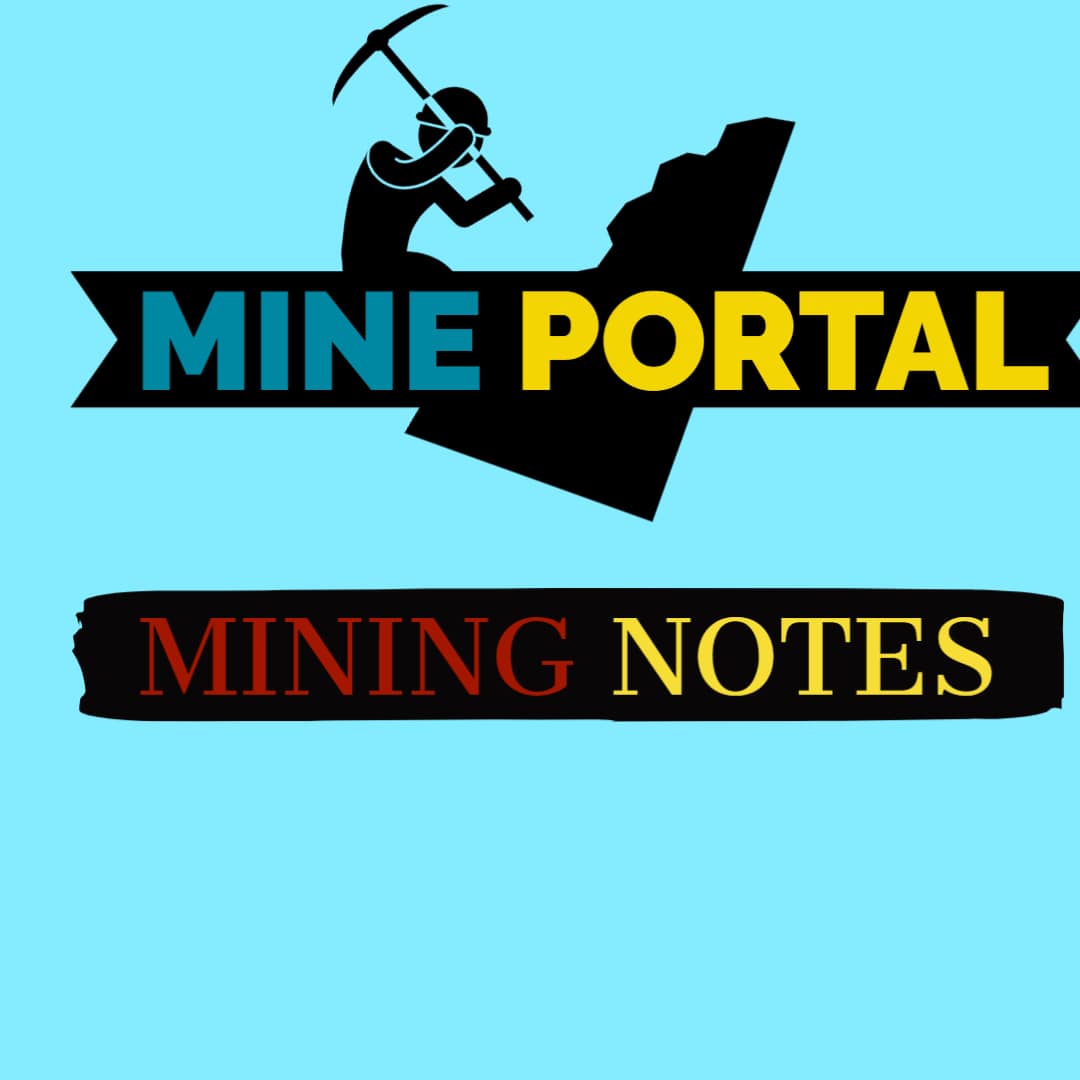 Spontaneous combustion of coal   or   other   carbonaceous matter may be defined as the process of self heating, resulting eventually in its ignition without the application of external heat. The term is used generally for coal as spontaneous heating of other minerals is very rare.
When coal is .exposed to air it absorbs oxygen at the exposed surface. Some fractions of the exposed coal substance absorb oxygen at a faster rate than others and the oxidation results in formation of gases, mainly CO, CO2 and water vapour along with evolution of heat during the chemical reaction. The process takes place even at normal atmospheric temperature but it is slow and the heat evolved is not perceptible as it is carried away by the air unless the latter is stagnant. If, however^ the rate of dissipation of heat is slow compared with the evolution of heat by oxidation, there is a gradual build-up of heat and slow rise in-the temperature of coal. At the raised temperature the process of oxidation is slightly accelerated and some other fractions of coal become susceptible to oxidation. A stage is reached when the build-up of heal and the rise of temperature reaches the ignition point of coal which then catches fire. A good air current will effec¬tively prevent undue increase of temperature; absence of air will prevent oxidation; and somewhere between these two extremes conditions may permit marked heating to take place. Once the coal reaches its ignition point (as distinct from slow oxidation), the air supply to it will only increase the combustion. The ignition temperature of bituminous coal is nearly 200°C and of anthracite coal, nearly 398°C, The coal may be smouldering in the beginning but it may soon break up into flames if sufficient oxygen or fresh air feeds the hot coal. This process of self heating of coal resulting ultimately in its combustion is known as spontaneous combustion.

Incubation Period
This is the term to denote the period which elapses between the lime when the coal is first subjected to conditions favourable for spontaneous heating and the time of indications of heating.
In a coal mine having depillaring with caving the coal left in situ in stocks is buried under broken rocks of roof after the first major roof fall takes place. In a seam thicker than 3 m it is not always possible to extract all the coal upto the roof and if the latter consist of immediate shaly band, coal is left intact against the roof dining development as one of the measures in roof support. Such roof coal falls in the goaf after withdrawal of roof supports during retreating in the caving method and it gets buried after the first major roof fall. The first major roof fall therefore creates conditions under which the coal-oxidation heat cannot be dissipated fast enough with the result that the heat of oxidation builds up leading ultimately to spontaneous heating, The term incubation period has therefore special significance in a depillaring mine as all the depillaring operations should be over in a mine or a panel during the incubation period so that the depillared area can be sealed off by stoppings.
The incubation period cannot be measured by any instrument and has to be judged by experience gained at the mine or adjacent mines working the same seam. It varies from seam to seam, and is observed to be as follows for some seams.

Symptoms of spontaneous heating in underground mines
The symptoms can be generally considered in the following stages :
(a)   Initial stage of heating:
(i) Faint haze: This is due to moisture given off during oxidation of coal. The moisture collects as small globules in the cooler air away from the actual seat of heating.
(ii) Moisture deposition; This is due to the condensation of moisture and its deposition as beads on the cooler surfaces (roof, sides, timber and metal surface).
(iii) Faint odour known as gob stink: The odour resembles the smell of decaying timber. There is also slight discomfort due to increase in air temperature and humidity.
(iv) Cricket and other small injects show increased activity and chirping.
(b)   Intermediate stage:
Previous symptoms are intensified and there is a further pronounced petrol-like odour indicating the beginning of distilla¬tion of coal.
(c)   Last stage of healing approaching ignition:
The petrol-like odour changes into tarry odour, sometimes known as 'Fire stink' which is also due to distillation of coal.
Further stage is the actual appearance of smoke   which   may travel sometimes against the air current in the intake air way also.
It may be noted that the various symptoms stated above usually overlap and if the ventilation is strong enough the air current may carry off or dilute the smells which are noticeable in the initial stages of heating. At times, the smell of other mate¬rials may obscure the actual smell which arises out of self heating. Such smells are due to:
(i)    decay of wood in warm damp places,
(ii)    tarred brattice cloth,
(iii)    Lubricating oil, etc.
If systematic records of dry and wet bulb hygrometer are maintained for the return airway of the mine such records give an indication of initial stages of heating, because increased temperature, especially of the wet bulb, generally indicates incipienheating.
Analysis of return air gives indication of various stages of heating in underground coal mines. But these involve collection of air samples and tests in the laboratory which take quite some time and therefore, the supervisory staff should carry out regular inspections of underground districts to detect any unusual odours and symptoms in the return air. It is truly said that “there is no scientific instrument to equal the nose". The underground observations by the regular supervisory staff and the results of gas analysis should go side by side.

Interpretation of mine air samples
Interpretation of mine air samples is necessary to determine
(1)  Percentages of various gases like oxygen, CH4, CO, CO2, N2 in the return air of a normally working mine, and at other places of suspicion.
(2)   Existence of fire or spontaneous heating in some part of a mine.
(3)  The inflammability (or explosibility) of the atmosphere in the return side of a fire when the latter is being tackled by direct methods of fire fighting.
(4)   The condition of fire in a sealed off area.
In a normally working mine the slow oxidation of coal pro¬duces small quantities of CO and CO2. The percentages of these gases in the return air remain nearly constant in the samples taken periodically from the return air and any unusual increase in the percentages needs immediate investigation. The CO, is produced not merely by slow oxidation of coal but by various other factors but CO is produced mainly by slow and incomplete oxidation of coal if diesel locomotive or other internal combustion machinery is not used underground. The percentage of CO in a normally working mine may be about 0 005 or even 'lower in the return air. Though an increase in the normal percentage of CO should cause anxiety, it is the ratio, CO produced / oxygen consumed, (also called CO/oxygen deficiency), which has been found to give indication of spontaneous heating and its stage. The ratio CO produced / oxygen consumed is usually between 0.1% and 0.5% in the main return of a working mine with adequate ventilation but it may be higher, even upto 1%, for samples taken at the working coal faces. In the case of human breathing, burning of lights and decay of timber no CO is produced and the ratio CO/oxygen consumed is nil.
With spontaneous heating of coal in underground mines the ratio CO/O2 deficiency gradually increases and in general terms it may be summarised as follows:
CO/O2 deficiency — 0.1% to 0.5% is normal to a coal   mine.
(In extreme cases only it may be upto 1%)
—   1%    indicates existence of spontaneous heating.
—   2%   indicates heating in advanced stage approaching active fire.
—   3%   or more indicates active fire.
One significant feature of CO/O2 ratio is that it is indepen¬dent of dilution of samples by CH4 given from the strata and coal seam.